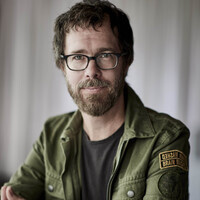 Ben Folds with the LSU School of Music

Ben Folds joins the LSU School of Music for two evenings of genre-bending music, performing hit songs alongside the LSU Symphony Orchestra. Folds is widely regarded as one of the major music influencers of our generation, and has created an enormous body of genre-bending music that includes pop albums with Ben Folds Five, multiple solo albums, and numerous collaborative records.