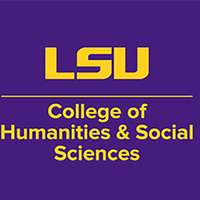 English Lecture: "The Naked Text of the Medieval Sublime: On the Kontakia of Romanos the Melodist"

On November 7 at 4:30, professor Katherine E.C. Willis (University of Central Arkansas) will deliver a talk titled "The Naked Text of the Medieval Sublime: On the Kontakia of Romanos the Melodist." The talk will be held in 137 Allen Hall.

Prof. Willis' talk is drawn from her book-in-progress, The Naked Text of the Medieval Sublime, in which she establishes the literary theory of the sublime as it was understood, developed, and articulated by medieval writers. Locating the sublime in the legacy of the sermo humilis, a rhetorical approach developed by early Christian writers and identified by Erich Auerbach, Willis documents how early Christian poetics and hermeneutics secured the legacy of the sublime for the later middle ages. She begins with Augustine’s “nude” text and the kontakia of Romanos the Melodist, a sixth-century Byzantine hymnist. She then explores a range of landmarks for the medieval sublime, including Geoffrey of Vinsauf’s Poetria nova, the sermons of Bernard of Clairvaux, commentary on the Song of Songs, Latin and Middle English Emmaus dramas, and finally comes full circle to argue for the centrality of the sublime to Chaucer’s authorial project with the “pleyn” and “naked text.” Willis's book promises to revise our understanding of the history of the sublime and, through that lens, to provide fresh readings of major literary works of the Middle Ages.