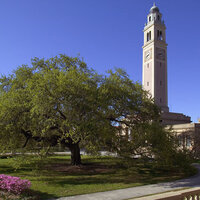 The Faculty Senate Executive Committee consists of 7 elected officers: a President, a Past President, a Vice-President, a Secretary and 3 Members-at-Large. The elected term for President is two years.  Other elected officers of the Senate is one year. The Executive Committee implements policy as directed by the Senate. In addition, it represents the Senate in dealing with the University officials and others, assists the President in the execution of official duties, prepares agenda for Senate meetings and appoints nonelected members of Senate committees.