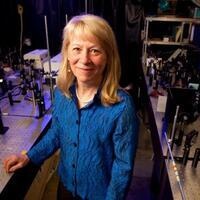 The LSU College of Science Office of Diversity and Inclusion and the LSU Office of Research & Economic development presents the Inclusive Excellence Series, Thursday, February 14, 2019 at 3 p.m. in the Dalton J. Woods Auditorium.

O﻿ur inaugural speaker is Dr. Geri Richmond, Presidential Chair in Science and Professor of Chemistry at the University of Oregon. She conducts fundamental research to understand the chemistry and physics of complex surfaces and interfaces. Throughout her career she has worked to increase the number and success of women scientists in the U.S. and in many developing countries in Africa, Asia and South America. She has also served as president of the American Association for the Advancement of Science, and is a recipient of the 2013 National Medal of Science.

The LSU College of Science Office of Diversity and Inclusion has launched the Inclusive Excellence Lecture series featuring signature guest lectures at the frontiers of scientific achievement led by preeminent scientists and mathematicians. This series will provide a vehicle for enriching scholarly exchanges, exploring interdisciplinary discovery-based research, and emphasizing collaborative scientific inquiry.

Free and open to the public