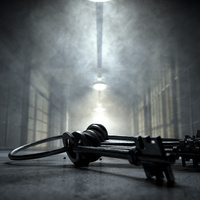 Did you know that people convicted of second degree murder are the least likely to commit another crime? LSU Department of Sociology Professor Shihadeh is a mathematical demographer who studies numbers. He has applied his expertise to develop life-changing tools that identify offenders’ risk and needs, which are being used by the Louisiana Department of Corrections to lower recidivism and the prison over-population problem.

Edward S. Shihadeh is a distinguished faculty member and Rainmaker scholar. He recently developed a new and automated offender risk-and-needs assessment system called TIGER that is now used by all probation, parole, and reentry personnel across the state. He received his PhD from Penn State and joined the LSU faculty in 1992.

LSU Science Café is sponsored by the LSU Office of Research & Economic Development and held on the last Tuesday of each month. Doors open at 5 p.m. for networking and light refreshments, and the talk will start at 6 p.m. Everyone is welcome.