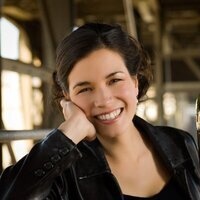 Born and raised in Tokyo, Megumi Kanda has played the trombone since her early childhood, racking up accolades such as Grand Prize in the Japanese National Competition for Solo Trombone before even leaving grade school. Kanda is now Principal Trombone of the Milwaukee Symphony Orchestra, one of the first females in such a role.