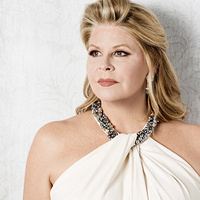 Prior to her February 1 recital performance, Susan Graham will present an open master class session.

Susan Graham – hailed as “an artist to treasure” by the New York Times – rose to the highest echelon of international performers within just a few years of her professional debut, mastering an astonishing range of repertoire and genres along the way. Her operatic roles span four centuries, from Monteverdi’s Poppea to Sister Helen Prejean in Jake Heggie’s Dead Man Walking, which was written especially for her. She won a Grammy Award for her collection of Ives songs, and has also been recognized throughout her career as one of the foremost exponents of French vocal music. Although a native of Texas, she was awarded the French government’s prestigious “Chevalier de la Légion d’Honneur,” both for her popularity as a performer in France and in honor of her commitment to French music.