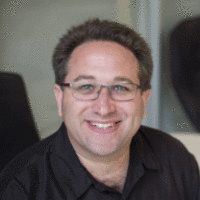 Quantum Computational Supremacy and Its Applications

Last fall, a team at Google announced the first-ever demonstration of
"quantum computational supremacy"—that is, a clear quantum speedup
over a classical computer for some task—using a 53-qubit
programmable superconducting chip called Sycamore.  Google's
accomplishment drew on a decade of research in my field of quantum
complexity theory.  This talk will discuss questions like: what
exactly was the (contrived) problem that Sycamore solved?  How does
one verify the outputs using a classical computer?  And how confident
are we that the problem is classically hard—especially in light of
subsequent counterclaims by IBM and others?  I'll end with a possible
application for Google's experiment—namely, the generation of
trusted public random bits, for use (for example) in
cryptocurrencies—that I've been developing and that Google and NIST
are now working to test.

Scott Aaronson's research focuses on the capabilities and limits of quantum computers, and more generally on computational complexity and its relation to physics. His recent interests include how to demonstrate a quantum computing speedup with the technologies of the near future (via proposals such as BosonSampling, which Aaronson introduced in 2011 with Alex Arkhipov); the largest possible quantum speedups over classical computing; the computational power of closed timelike curves; and the role of computational complexity in the black hole information paradox and the AdS/CFT correspondence. In addition to research, he writes a widely-read blog, and has written about quantum computing for Scientific American, the New York Times, and other popular venues. His first book, Quantum Computing Since Democritus, was published in 2013 by Cambridge University Press.

Aaronson received his bachelor's from Cornell University, and his Ph.D. from UC Berkeley under Umesh Vazirani. He also did postdoctoral fellowships at the Institute for Advanced Study in Princeton as well as at the University of Waterloo. Before coming to UT, he spent nine years as a professor in Electrical Engineering and Computer Science at MIT. He’s received the National Science Foundation’s Alan T. Waterman Award, the United States PECASE Award, the Department of Defense Vannevar Bush Faculty Fellowship, and MIT's Junior Bose Award for Excellence in Teaching.