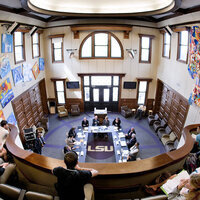 Dr. Lauren Sergio, Professor in the School of Kinesiology and Health Science at York University in Toronto, will discuss two prominent health issues facing individuals today:  the impact of dementing illness on the elderly, and the impact of concussion on young athletes and workers. Whether caused by trauma or degenerative disease, the effect of mild brain insult on one’s functional abilities is not well understood. She will review her group's research which shows that "cognitive-motor integration", or tasks which rely on rules to plan a movement (such as "push the computer mouse forward to move the cursor up"), is impaired both in the early stages of dementia (and even those with no symptoms but simply at risk for dementia), and following mild traumatic brain injury. She will also discuss the development of a clinical cognitive-motor assessment tool to detect dementia in its early stages, and to assess brain function following concussion.